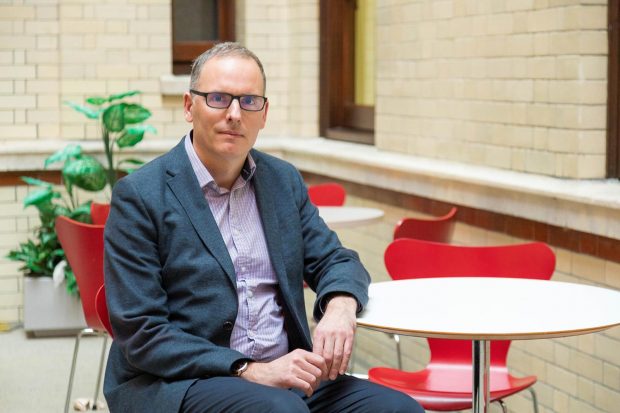 We wanted to explore what systems leadership meant.

If you’d asked me before we started what I thought a system leader was, I would have said someone who took a more ‘elevated’ view than a traditional leader, someone able to see further and wider. Someone able to work more effectively across a wider landscape.

I came to find that while those are features of systems leadership, they’re not the most interesting features. Nor are they what truly differentiate it from other forms of leadership.

In this post, I’ll share what we found out about systems leadership - from humility to 'mastering the dance.' Yes. It surprised me too.

Advocates of systems leadership see it as the only viable response to so-called ‘wicked’ problems – those that are complex, messy and longstanding. They don’t fit neatly into a single organisation’s remit. They need cross-cutting action.

Some examples include tackling obesity, reducing violent crime, giving children the best possible start in life, levelling up the economy, and tackling climate change. There are lots of smaller examples too. The issues are different in every case, but they share one thing in common – solutions will only be found if we recognise that we are dealing with complex systems.

We talked to experienced systems leaders and observed one of the System Unit’s pilot programmes. We reviewed literature about systems leadership. Others have been exploring systems approaches for a while. There are lots of great case studies already out there, and we tapped into those.

We liked this particular definition of systems leadership: ‘the collaborative leadership of a network of people in different places and at different levels in the system creating a shared endeavour and cooperating to make a significant change.’

It captured important elements of systems: that it looks wider than usual so that every part of the system is identified and involved. Geography matters, not least because local factors often influence ‘what works’ in a system. Hierarchy isn’t that important, it’s about getting the right people involved. It’s also about outcomes, a positive result for the citizen.

Although the definition appears to be straightforward, there are significant barriers to being a systems leader.

Firstly, there are strong incentives to operate with a silo mentality.

Secondly, the “day job” gets in the way and so there’s just a lot to do and little time to think in a systems way, let alone think about systems leadership. I know the Systems Unit would argue this doesn’t have to be the case!

Additionally, it can seem this work is less important than work closer to core departmental or organisational objectives. Funding arrangements can push resources into silos.

Individuals may lack the levers of action and/or accountability. Then there is short-termism, possible tensions and misunderstandings. Even if none of the above were the case, it would still be hard work!

Overcoming the challenges of systems leadership

Systems leadership really captured our imagination when we realised it was about accepting the limits of traditional leadership reach, about being pushed into terrain that is too difficult to control.

Each leader is just one leader among many. Only through collaborating with others can anyone make progress. One early challenge is to agree on a shared goal – the ‘North Star’ to guide collective endeavour.

Simple solutions are also entirely out. You will need to test and iterate before you implement. Systems thinking tools and techniques can help here but the biggest challenge for leaders may be simply to create the space to understand the problem – going slowly at first to go fast later. Avoiding the rush to launch initiatives demands a counter cultural approach. It may never be possible to understand the system in its entirety. Hence cycles of learning and staying humble are the order of the day.

As Donella Meadows, an early systems thinker put it, systems can’t be controlled but they can be envisioned, designed and carefully brought into being. It just demands another way of doing. She called this ‘the dance’ because to dance well you have to bring your full self and respond to feedback of the other dancers and to the rhythm, much as you do when engaging with a complex system.

Whole systems can be moved forward where people in leadership positions:

From good to great

One way through all these challenges is to put the citizen front and centre. Engaging with a complex system you need help to work your way through to solutions – being guided by user needs can provide just the assistance needed. The number one suggestion from our work – included as the first tip in our top tips for systems leaders, see earlier blog - was therefore to spend time with citizens, with those directly affected by the problem. If we do that, we also won’t be able to bear not responding.

Finally, what makes a great systems leader? We concluded that systems leaders aspire to be strategic, collaborative, listening, humble, self-reflective, passionate, courageous, and inspiring. Systems leaders see themselves as a leader in a system rather than the leader of a system. They identify and galvanise other leaders, leaving their ego at the door. They believe - in line with an oft-quoted proverb: 'If you want to go fast, go alone. If you want to go far, go together.’

It would be great to hear what you think systems leadership is, so please leave a comment below.

Take a look at the Ten Tips for Systems Leaders which we developed following our work with the Systems Unit.